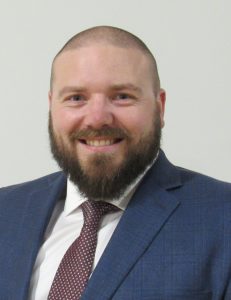 Skip was born and raised in southern California, where he graduated high school in 2001. Shortly there after, he was inclinded by the September 11 attacks to join the U.S. Navy.  He served in the Middle East during Operation Iraqi Freedom and Enduring Freedom as an Aviation Electrical Technician.

After his honorable discharge, he married and moved to Washington to pursue his civilian aviation mechanics certification.  He attained his A&P license there and worked as an Aviation Electronics Tech at Quest Aircraft until he joined the MidAmerican Aerospace team in June of 2016.

Since 2009 Skip has had a variety of roles in non-profit youth organizations.  He’s passionate about mentoring the youth to help navigate them through life’s challenges.  His hobbies include traveling, hiking, and experiencing different gastronomical offerings.