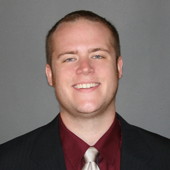 Drew is originally from the Seattle, Washington area. He graduated from the University of Washington with a BA in Political Science. He is an Alpha Sigma Phi Fraternity Alumni and worked in his school’s Aerospace Department on the ZaP (Z-axis Pinch) Project which involved plasma fusion. During college Drew spent time as a Loss Prevention Detective and Private Investigator for Stewart Investigative Services out of California. He started his career with MidAmerican Aerospace in September of 2006. Drew is a Lot Processing Manager, Repair Order Coordinator, Technical Training Enforcer and Illustrated Parts Catalog guru, not to mention a proud member of the Bever Lodge. Drew has had the honor of serving as Instructional Staff for the American Legion Evergreen Boy’s State program in Washington since 2000. The primary goal of this non-profit organization is to instill a sense of patriotism and an active leadership role for youth in their government and communities. His hobbies include: watching football, writing, cooking, playing volleyball and tennis, and Sunday Dinners at the Bever Lodge.