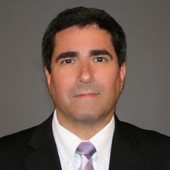 Shawn is an Iowa native, born in Cedar Rapids who later lived in on the west coast of Scotland for 26 years. Shawn flew as a Flight Attendant for an airline in the UK for 8 years travelling extensively then moved into a training role within the Safety Dept training flight attendants, pilots and ground staff in safety procedures. Shawn decided to return to the United States in 2004 with his wife and two children and joined MidAmerican Aerospace in August 2004 as a Sales Associate. Shawn’s wife and kids adapted well to the change; his son now serves in the US Army and his daughter is a journalism graduate.