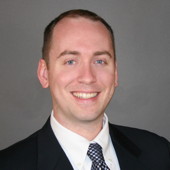 Sean started with MidAmerican after finishing undergrad at the University of Iowa in 2008. He received his degree in Business Management at Iowa and more importantly found his future wife at Iowa! Sean married Trisha Sims during August of 2011 in Chicago. Sean is an avid sports fan! He played baseball, basketball, golf, tennis, and 1 short season of football in high school. He was the captain of the baseball team his Senior year and also played while in college as a member of the Iowa Club Baseball team! Sean also enjoys traveling. He finished his senior year off by studying abroad. He participated in the Semester at Sea program and had the opportunity to travel the world by boat. He visited many countries and his favorite were: Japan, Vietnam, Thailand, and Egypt!