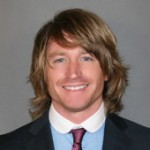 This Cedar Rapidian joined MidAmerican Aerospace in January 2006 with a core curriculum focus from Kirkwood Community College in Electric I. Corey’s previous professional experiences included shipping and delivery with DHL Worldwide Express, heavy machinery operator with Toyn Services, and warehousing with the largest agricultural processor, Archer Daniels Midland Company. Corey brings a can-do attitude to MidAmerican Aerospace materials handling where he supports the processes of shipping & receiving and field tear-down operations. Corey’s ability to quickly grasp new concepts within the aviation industry will benefit him and our customers as he ensures parts and paperwork are in satisfactory condition. Corey’s athletic interests include snowboarding, wake boarding, motocross, mountain biking, marathon training, and pumping iron. When there is no longer gnar to be shredded, Corey enjoys hanging with friends and family.

Rebecca started her career in avionics with Mark Hanrahan back in the early 90’s at Intertrade Ltd.  She helped kick off MidAmerican Aerospace in the Big Deal building in 2005. Since then she has worked off and on at various companies before returning to be with the MAA family once again. Let’s just say the grass is hardly ever greener!

She enjoys camping in her converted school bus with her 4 dogs: Molly, Olivia, Benny and Cymon. Not having any children doesn’t slow her down from being a compassionate mother. She loves to volunteer at shelters, and foster animals with Last Hope Animal Rescue. She believes there is a reason Dog is God spelled backwards. 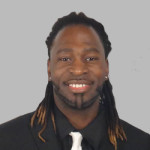 Tré Allen was born and raised in northern Illinois. He graduated from Freeport High School in 1999. Immediately after high school, Tré attended Coe College and majored in Digital Film. Just before completing his college career, he became a father to a healthy baby boy named D’André Blaze Allen, born on his birthday, December 6th, 2003. Tré received his degree in Digital Film in the spring of 2005. Since then, he has written 3 films that are registered with the Writer’s Guild of Los Angeles. Tré has 3 more in the works and hopes hire an agent to shop his work around the industry by the summer of 2015.

While working as a coffee shop barista, Tré became acquainted with MidAmerican Aerospace CEO, Mark Hanrahan, who was a customer at the coffee shop. Tré was fascinated by Mark’s line of work and the curiosity led to an invitation to sit in on a sales meeting. The environment and learning experience was too intriguing for Tré to ignore and so he was brought aboard in March of 2013.