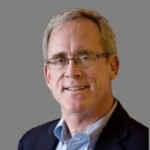 This charter member and patron of Airline Suppliers Association returns to the aviation after market industry following the sale of his original company, Intertrade Ltd., to Rockwell Collins in 1999. With 30+ years of industry experience and established relationships, Mark opened the door to MidAmerican Aerospace Ltd. in August 2004 with operations in Gilbert, Arizona and Cedar Rapids, Iowa.

Mark attended Iowa State University from 1970 – 1974 where he earned a Bachelor of Arts degree and then attended Thomas M. Cooley Law School where he earned a law degree (J.D.) in 1978. Mark went to work in 1978 as a sales associate for his father Donald J. Hanrahan, owner of Intertrade and a former Rockwell Collins executive.

Mark assumed control of Intertrade Ltd. upon the passing of his father in 1985. Intertrade grew to 45 employees with revenues in excess of 30 million dollars by the end of the 90’s. Mark sold Intertrade in 1999 to Rockwell Collins and observed a 5 year non-compete agreement.

Mark has five sons – four of whom are active in MidAmerican Aerospace.

Eric joined MidAmerican Aerospace in 2020 as the CFO.  In this role, he is responsible for all aspects of financial operations including accounting, business decision support, tax, and audit. Prior to joining MidAmerican Aerospace, Eric was a Site Controller for Abbott Laboratories.  Eric holds an MBA from the University of St. Thomas as well as a B.A. in Accounting and a B.A. in Economics from Luther College. 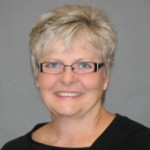 Nancy grew up in western Kansas and moved to Iowa in 1978. She graduated from Mount Mercy University in Cedar Rapids, Iowa with a BA in business and is the backbone of MidAmerican Aerospace serving as its Chief Financial Officer since its inception in August 2004. Nancy started with Mark’s former business, Intertrade Ltd., in 1986 and stayed with the company for an additional two years after the sale to Rockwell Collins in 1999. Mark called upon Nancy once again to lead MidAmerican Aerospace’s accounts payable, receivables, payroll, contract validations, and building management where she has successfully led this new business through its years. She is a proud member and past Chairperson of the Forius NACM Aviation Group. Nancy was the Barbara Vega winner for NACM North Central Aviation Group in 2011. She is presently serving on the Finance Committee with her church.   Nancy is the proud mother of two grown sons and has five grandchildren. In her free time she enjoys walking, biking, yoga, and working out. 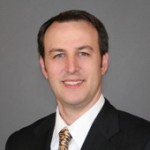 Growing up in the Amana Colonies and working for the family restaurant has taught Nick the values of tending to the details in order to keep a customer for life. Graduating from University of Iowa in 1993 with a Bachelor of Fine Arts Nick has spent the next 13 years in graphic arts, as digital production design artist and salesman. Nick joined MidAmerican Aerospace in February 2005 and wears many hats. Nick has worked in all aspects of the company but has “landed” as head of the Landing Gear assets and Technical Records department. Nick’s direct involvement within our infrastructure has lead to the renovation of an old Big Box Store into our current 112,000 sq ft warehouse in Cedar Rapids which is capable of handling our incoming parts from lot purchases, surplus inventory purchases, and tear down activities. Nick remains centered on the home-front with a beautiful wife and three children. Their interests include renovating classic cars, camping and traveling, cooking, and entertaining with friends and family. 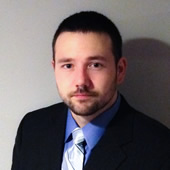 Jake grew up in Cedar Rapids and lives here with his Wife Kelly and 2 kids, Colt and Madison. He received his a B.S. in Business & Administration in 2008 and Prior to joining MAA he worked in automotive finance and lending.  Jake joined MidAmerican Aerospace in October 2013 and spent time in processing learning the material before moving into sales and purchasing in early 2014 and then to asset acquisitions in 2015.  His favorite part of the business is being able to meet new people and build relationships within the industry.  Jake enjoys spending time with the family, Golfing and watching his Miami Dolphins football!