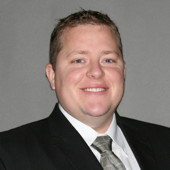 Jesse graduated from Iowa State University in 2005 with an Electrical Engineering degree before joining the U.S. Air Force.

Before joining MidAmerican Aerospace in 2012, he served as a captain in the U.S. Air Force Civil Engineer corps as a Prime BEEF (Base Engineer Emergency Force) officer for six years in varied roles such as construction and project management, disaster and emergency management, asset management, and operations management. He has spent time on various deployments during Operation Iraqi/Enduring Freedom in both Iraq and Kuwait, evaluating, managing, or building various airfields and other public works projects, as well helping with an Iraqi scouting club for local boys and girls.

Jesse has served on the board of QueGroup, a user organization for the popular aerospace industry software Quantum Control, since 2016.

He and his wife have two daughters and one son.