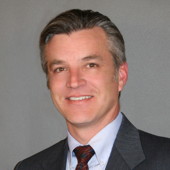 Chris joined MidAmerican Aerospace in February of 2007 as the Director of Quality Assurance and has worked as Quality and Operations management within the aviation aftermarket industry since 1994.

Chris has been very involved in the industry and in particular with the Aviation Suppliers Association (ASA) and is a longtime member of the ASA’s Quality Assurance committee, and has previously served as Chairperson. Additionally he has worked with the FAA’s SUPS Steering committee and has lobbied congressional members regarding issues pertinent to our industry.

In 2012, Chris was the recipient of the ASA’s prestigious Edward J. Glueckler award, in recognition of outstanding commitment, dedication and contribution to the aviation industry and is the youngest to receive this award.

His personal interests are centered on his two children and their activities. Chris enjoys hunting and fishing and in his spare time works as a sound engineer for local bands. In addition, Chris is a member of the Iowa Pyrotechnic Association where he serves as the Safety Director and works on a fireworks display team.