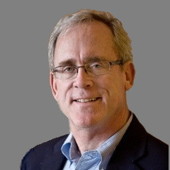 This charter member and patron of Airline Suppliers Association returns to the aviation after market industry following the sale of his original company, Intertrade Ltd., to Rockwell Collins in 1999. With 21+ years of industry experience and established relationships, Mark opened the door to MidAmerican Aerospace Ltd. in August 2004 with operations in Gilbert, Arizona and Cedar Rapids, Iowa.

Mark attended Iowa State University from 1970 – 1974 where he earned a Bachelor of Arts degree and then attended Thomas M. Cooley Law School where he earned a law degree (J.D.) in 1978. Mark went to work in 1978 as a sales associate for his father Donald J. Hanrahan, owner of Intertrade and a former Rockwell Collins executive.

Mark assumed control of Intertrade Ltd. upon the passing of his father in 1985. Intertrade grew to 45 employees with revenues in excess of 30 million dollars by the end of the 90’s. Mark sold Intertrade in 1999 to Rockwell Collins and observed a 5 year non-compete agreement.

Mark has five sons – four of whom are active in MidAmerican Aerospace.